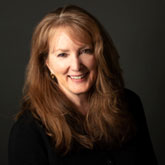 Carla Johnson is a geologist, hydrologist, environmental engineer, and entrepreneur with over 30 years of
experience in geospatial sciences, 3D virtual earth software development, environmental hydrogeology and
engineering to clean up contaminated groundwater resources, and is an expert witness in some of the biggest
environmental litigations in US history.

She has been seen on CNN and in documentary films as an expert in groundwater hydrology and water issues in
the Southwest (Hopi and Navajo Tribal Lands), appeared on the cover of the LA Times Sunday Magazine
concerning water issues in the southwest, and was interviewed in The Economist with Microsoft and Google for
an article on the emerging geospatial ‘WHERE’ world. She was also nominated in the Lbx Journals “Top 10
Women in Location” globally. Ms. Johnson’s vision is to be able to connect people with their passion through
place. She envisions using the power of live social interaction combined with the beauty of earths visual realism
to crowd-sourced relevant data through one single pane of glass interface. She believes a deeper connection
with the earth can impact social and environmental issues, politics, science, and consumer behavior, through an
entertaining, immersive, personal, and emotional web experience.