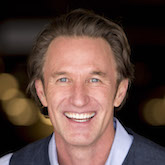 Stephen McGhee is the owner of Stephen McGhee Leadership, Inc. He is an International Keynote Speaker, Author of three books on Leadership, his latest being “Get Real” A Vital Breakthrough on Your Life and Leadership and a Visionary Guide to highly influential leaders across the globe. With a background in finance and a graduate degree in Spiritual Psychology, you will immediately experience the diversity in his presence.

If as a leader, you are not bringing out the very best in your people, you are not getting the results that are possible. Leadership is not a journey for the faint of heart as it requires constant rigor and vigilance. True Leadership, is not as romantic as most people would like to think.

Stephen has taught leadership all over the world in companies like Microsoft Corp, coached some of the most influential business people in North America, and has been on the faculty of the University of Santa Monica teaching Soul Centered Professional Coaching/Leadership, as one of his favorite topics.
Conversation will only take us so far in our own human evolution. Therefore, Stephen leads programs of an experiential nature such as the Aconcagua Man Project, which later became an acclaimed documentary film, entitled Climb to Freedom. This film chronicles the transformation of seven men on a yearlong journey to climb a high mountain and bring the application of those experiences back to their lives and relationships. Application of these experiences demonstrates the difference between good leadership and great leadership.

At the same time, there is a humility to leadership, which requires the leaders of tomorrow to be constantly looking at themselves. The older version leader looks into the world at what is wrong, without the willingness to look at him or herself. To Stephen, this is the most critical element of leadership, which is, the willingness to look at one’s Self before embarking on a journey to change the company or the world.