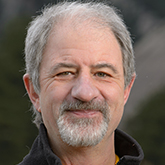 Rob Schware, PhD, heads the Give Back Yoga Foundation and is President Ex-Officio & Advisor for the Yoga Service Council. In late 2006, Rob brought his two decades of management experience with the World Bank to a second career: helping to grow the yoga service movement. He wanted to combine his development and project management expertise in over 30 countries including India, Indonesia, Turkey, Rwanda and Palestine with his passion for yoga, by forming an organization whose mission it is to bring yoga to underserved populations. In 2013, his work of co-founding and furthering the Give Back Yoga Foundation earned him the International Association of Yoga Therapists’ Karma Yoga Award for “extraordinary selfless service in reducing suffering and elevating consciousness through yoga.” And in 2016, he received Yoga Journal’s Good Karma award. He has been married to Alice Trembour for 34 years, which, like yoga, is in and of itself a regular commitment to a practice. They have three children.