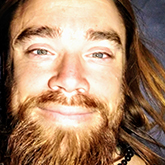 At the age of 12, Dylan read about Pranayama and began his practice of breath work. In his first year of college, he was introduced to meditation and his practice deepened mentally. A few years later, the first studio in his hometown opened and Dylan began exploring the yogic postures, concentrated flows, deep relaxation and philosophy. Prior to his teacher training, Dylan taught himself the Ashtanga Primary series and it formed the back-bone to all his future practices and teachings. After spending several years teaching, first in his hometown on the Gulf Coast of Florida and then in Northern California, the Rocky Mountains called to Dylan and he has called this wondrous place his home, and Samadhi Yoga his family, for the last year.