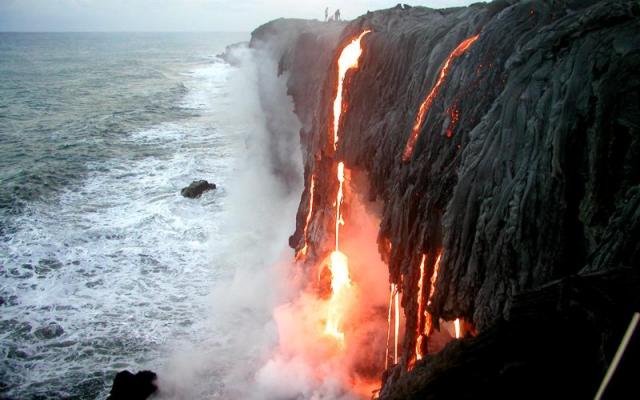 14 May Hanuman, Son of the Wind

Posted at 17:20h in Uncategorized by Bianca Mora 0 Comments
0 Likes

Many people know the stories of heroic monkey-god Hanuman described in the epic Ramayana. He mistakes the imperial sun-god Surya for a mango and bites him. He leaps over oceans without hesitation, and uproots an entire mountain and carries it the length of a continent in search of a single herb.

Such superpowers become obvious in light of the fact that Hanuman is understood to be the “son of the wind.” In Vedic lore, “Wind is praised in extravagant terms, being equated even with God.” (Wujastyk, page 364)

The timeless science of Āyurveda operates according to trīdosha, the theory of three humors that permeate every realm physical, psycho-emotional and spiritual creation. These three doshas are vata, pitta and kapha, abstractly translated as activity, intelligence and structure, and corresponding to wind, fire and water + earth, respectively.

Two of the three doshas — pitta and kapha — can be correlated with the most ancient deities of Vedic worship — Āgni and Soma — respectively. “The binary opposition” of Āgni (fire, Sun) and Soma (water, Moon) is, according to Dominik Wujastyk, “as old as the oldest Indian evidence we have.” Vayu (wind, Self), on the other hand, is a “specifically post-Vedic contribution.”

The polarized masculine/feminine, Āgni/Soma dynamic is deeply embedded into the human experience. I challenge you to name something that has no opposite. Up has down; day has night; dark has light; hot has cold; wet has dry; et cetera and so on, forever. Āgni and Soma can be considered the Vedic equivalent of the Chinese yin-yāng symbol.

Choler is lame, phlegm is lame, the impurities and body tissues are lame. Where the wind leads, they follow, just like clouds. The wind is considered the most powerful amongst them because it apportions things.

“Choler” refers to pitta, the fire element in the form of bile; phlegm refers to kapha, earth and water in the form of mucous. On their own, both of these energies are known to be static, unmoving. Fire has the quality of spreading, and water can flow, but they both require an external force to make dynamic movements.

The wind is the only element with the force of motion; vata governs all activity and movement. Only vayu is subtle enough to penetrate the other two humors and move them from within.

This subtlety is simultaneously the source of its profound power and mischievousness. One of Hanuman’s super powers is to shrink himself to any size and thereby penetrate undetected the well-guarded fortress of the demon-king Ravana. Another quality of Hanuman is his playful, accident-prone innocence. This is demonstrated by the story of mistaking Surya for a mango; when he extends his tail to infinite lengths and burns the city of Lanka to ashes; and when he destroys Sita’s pearl necklace by biting into it in search of Rama himself.

This changeability and essential wildness is a defining feature of the wind element and thus vata dosha. This is what makes our vata-predominant friends so incredibly charming and, at times, sincerely baffling. As we can see, the wind is both magically creative and intensely destructive, depending on how one wields its primal force.

Because of its constant motion, Vayu is very difficult to wrangle. I can reasonably ask you to collect a box of dirt, a cup of water, or to create a contained fire, but it would be a bit weird if I requested a box of wind, would it not?

For this reason, vata is responsible for (or at least involved in) the vast majority of dis-ease we see in clinic at Alandi Ayurveda and Roots of Wellness here in Boulder. What can we do to transform our experience of the vata tornado into one of soaring across oceans at will and with ease?

The number one strategy is to create definite structures, like a wind tunnel, that guide the life force and show it where to move. These stabilizing, organizing forces can consist of any form of regular routine, but the most impactful are our most basic biological activities — eating, sleeping and exercise.

Even before you worry about what you eat, how you sleep or how much you move your body, let’s focus on when it’s happening. Our circadian rhythms have evolved over millions of years to support and reinforce certain habitual actions. There is a great deal of evidence to suggest that the when is just as (if not more) important than the what or how.

This advice tends to feel most impossible to those for whom it is specifically the most appropriate and necessary. The mind craves variety, but the body thrives on routine, and will function much better with a modicum of predictability.

Of course, life happens, and adaptability is one of the great vata traits, but if we can prioritize the effort to create these pillars of daily life, the breeze is more likely to flow gently through our being and we’ll be encouraged down our particular path with the wind at our back.

The original surgeon Sushrut states that “the origin of wind is the self.” (p.351) All yogis know how elusive that Self can be, but it is a pleasing paradox that the access point for the prime mover is found through patient stillness.

Deeper study of the five elements is available as we speak from Hanuman Academy. Learn from expert teachers anytime from the comfort of your own home, but don’t miss the opportunity to engage with these masters in person at Hanuman Festival, June 14-17, 2018 in Boulder, Colorado. If you invoke Hanuman and master your personal wind element soon, you won’t even have to pay for airfare!