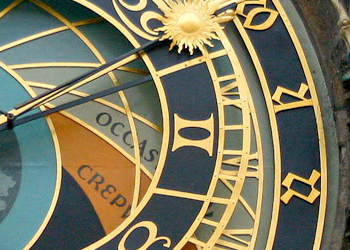 12 Mar Psychology and Astrology – A Match Made in Heaven

Posted at 15:53h in Uncategorized by Yoshi Aono 0 Comments
0 Likes

Astrology, Psychology, Astropsychology?
They were meant for each other… But alas, their love affair was not to be — long ago astrology was banished, while psychology was captured by academia. Psychology was elevated to a position of respect — rewarded for its theories and endless modalities, addressing everything from learning disabilities and autism, to mental illness and Alzheimer’s.
Sure, Psychology is good for pathology and problem solving, but Astrology, the understanding that zodiac signs belong to four elements: Fire: Aries, Leo, Sagittarius. Earth: Taurus, Virgo, Capricorn. Air: Gemini, Libra, Aquarius. Water: Cancer, Scorpio, Pisces, I believe achieves something magical. It celebrates individuality and uniqueness. It sees potential, and offers deep psychological insight by predicting timing and cycles.

Two Lovers, Separated by Time…
Perhaps it is the insecurity of youth that makes psychology feel the need to puff itself up and shy away from anything considered spiritual, unprofessional, or a soft science. To its credit, psychology made a name for itself in a short amount of time. Not very long ago, no one wanted to admit they were going to a “shrink.” Now it’s as popular as the Internet. It takes about three seconds for Google to find any therapist specializing in any issue… just fill in the blank.

Astrology is not so easily respected. It carries a stigma. Most think of astrology as a parlor game, a dark mystical doorway, not to be taken seriously, and definitely not a science. Zodiac signs? Tarot cards? Horoscope? Madness! The church and bible put these sentiments into place a long time ago, and they’re difficult to shake. The Old Testament is fraught with derogatory statements about astrology, astrologers and everything that comes with it.

Astrologers were revered by the Egyptians
Astrology, the oldest science on Earth — degraded over time — astrology was introduced in ancient Egypt. I don’t think it’s a coincidence that the very same creators of astrology ruled for over 3,000 years. Egypt boasts the longest running history of peace and equanimity on Earth. In the times of the Pharaoh, the royal court consisted of kings, magicians, high priestesses and astrologers, and they sat together as equals. Magic and governmental powers worked in tandem to guide society toward its highest, most virtuous ideals.

Not anymore. The sacred has long left government. Global leaders don’t seek counsel from sorcerers, priestesses or astrologers. Britain’s royal family is still in view, but there’s no publicly acknowledged mage or wisdom council sitting at the side of Queen Elizabeth. The royals of today have little in common with the Pharaohs of old.

Nevertheless, our longing for magic continues. Think: Harry Potter. The widest selling book across our planet is all about magic, sorcerers and sorceresses. Remember J.K. Rowling? Of course you do! Why? Her books have us recapitulating a time when magic and the royal hierarchy were equal and potent. Where men, as well as women, were allowed into the magical and governmental realms.

Carl Jung Knew the Value of Astrology…
Psychology and astrology are deeply related. Carl Jung knew that. He was quoted to say:

“Psychology will be a dinosaur science until it includes astrology.”
Carl Jung used astrology charts in every session. His daughter publically revealed that she herself executed charts for his patients. Jung said:

“Look to the mandala, look to alchemy, look to your dreams, look to the images in your unconscious and in the collective unconscious, look to astrology.”  There’s no question that the marriage of magic and government is a far off dream. Those two worlds may never come back together. But, surely, astrology and Psychology can let their relationship flourish.

Having been an astrologer for nearly four decades, and a psychotherapist for almost as long, I know that these two practices are best friends. Jung was right. These disciplines were made for each other. Psychology studies the psyche from the inner world. Astrology holds the angle from the outer. Together through Astropsychology, they offer a healing that no other can do.

In my work, I’ve endlessly seen the depth of clarity provided by working with the two. I can speak to fate and purpose as seen through the eyes of love. Doing so, I shift someone’s point of view and a healing takes place. Astrology provides a language promoting evolution on the souls journey.

Consider Astrology With an Open Mind
History has not served us well. We have abandoned so many of the lost arts of humanity — living outside, honoring the resources of mother earth… We have moved into a modern age where technology trumps the natural sciences. We used to look up to the stars at night. We used to collect water and cherish its value. We used to seek counsel in magical temples, where sorcerers, priestesses and astrologers filled us with prophecy and dreams.

I’m calling forward a return to magic. I am not alone. Consider astrology with an open mind. It’s not too old. Psychology and astrology have a love affair and it’s time to let them get on with it.

Each person lives their own unique life, but we all live under the same set of stars, a therapist will tell you what’s in the inside, let me tell you what’s happening on a larger, grander scale get a personal reading with me. If you’re in love or headed to a relationship, then why not get a couples reading and find out whether Cupid is inline with the stars or not?

If you really want to know everything there is to know, I’m offering an Astrology Certification Program where I’ll train you to read the stars. I’ve also just released a fantastic new book, which talks about the elements and what era we are in as a planet and how its ok to be a little bit f*cked up sometimes, check out what Sting had to say about it!